PARAMETRICISM – as a statement is being introduced into the world of architecture theory and practice under the auspices of an architectural AUTOPOIESIS. This paradigm shift has a reflection of our contemporary post-Fordist societal needs for an increased level of communication and articulation.

PARAMETRIC URBANISM is a design medium which operates on the big scale and deals with computational design heuristics such as parametric versioning to generate an unprecedented level of intricacy.

Timisoara’s new urban development plan offers the opportunity for a comparative academically reinforced discourse to activate thought. As a node of communication between the country’s western side and Central Europe, Timisoara has always tried to be an active communication partner and explorer of ideas. The ability to handle large territories architecturally turns on a series of new and powerful digital design techniques. Activating the latent urban fields of the city by challenging systems of growth and topological typologies through computational design informed by an architectural sensibility is what we refer to as PARAMETRIC URBANISM.

The main focus is falling on one of the main communication channels of the city, which has become latent, the railway belt that presently is dividing the city has the capacity to become an urban generator, a catalyst for higher communication and articulation.

We will start by looking into existing and pre-existent urban strategies to be able to evaluate and inform our own process. Driven out of these analysis and reflection we are going to generate a specific field conditions and strategies that on the one hand have to revolve towards external correlations and on the other looking into internal correlations, making this a two folded strategy. The capacity of bleeding into each other of the urban functional layers has to be explored to be enable a higher degree of communication by dependences and dichotomies.

The project will be divided into three main interest points and seven Agendas that advance Parametricism:

“The assumption is that the urban massing describes a swarm formation of many buildings. These buildings form a continuously changing field, whereby lawful continuities cohere this manifold of buildings. Parametric Urbanism implies that the systematic modulation of the buildings’ morphologies produces powerful urban effects and facilitates field orientation. We might refer to this ambition to integrate the building morphology – all the way to the detailed tectonic articulation and the interior organization – as the ambition of deep relationality. Parametric Urbanism might involve parametric accentuation, parametric figuration and parametric responsiveness as registers to fulfil  its ambition of deep relationality.”

All of these have a common denominator and specifics, defined by an increased flexibility, complexity and manifestations. This is one way of creating a highly articulated and controlled complexity within a contemporary informed discourse.

As a result of the 10 days workshop, including architects and student architects with no experience within the previously stated discourse or tools: 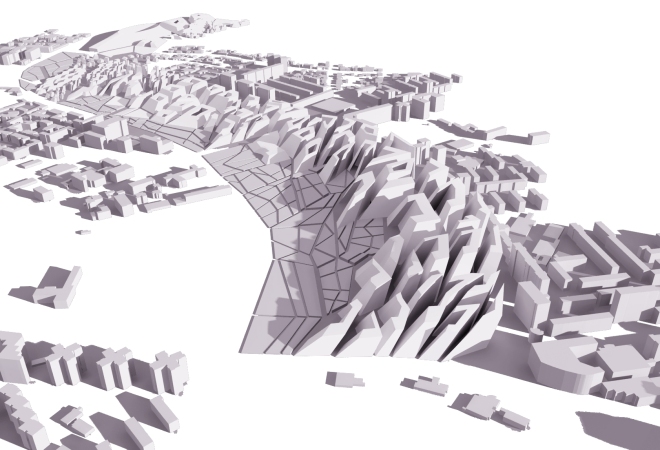